St. Joseph and the Miraculous Staircase 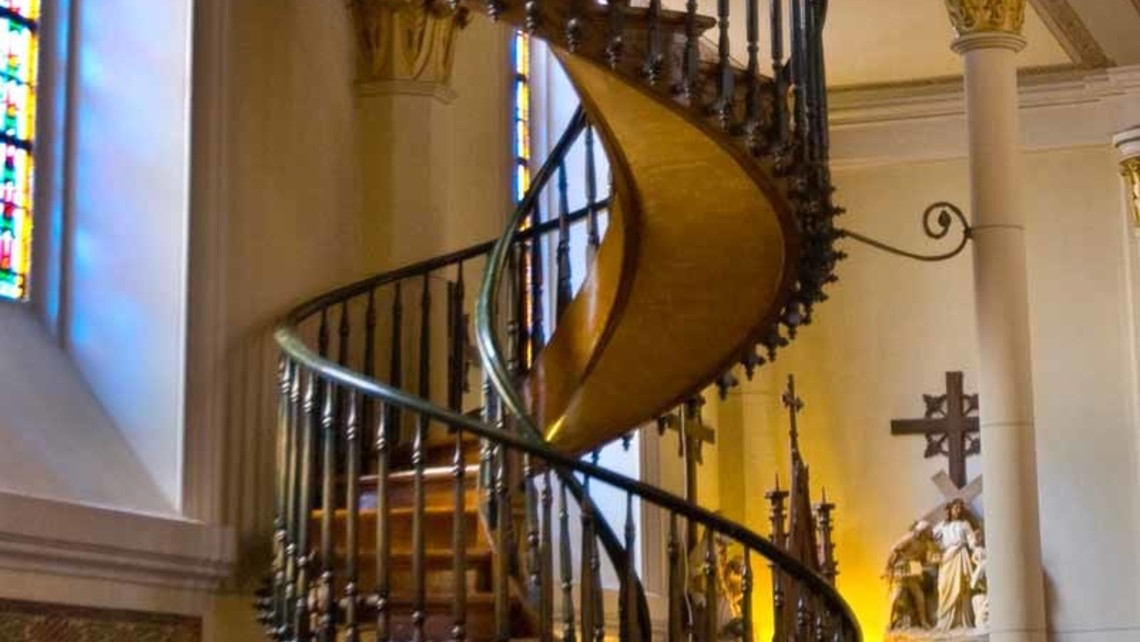 On May 1st, the Church celebrated the feast day of St. Joseph the Worker, recognizing the dignity and holiness of human labor. We know from the Gospels that St. Joseph was a carpenter and provider for his family. However, what you may not know is that St. Joseph may have provided his labor to a small chapel in Santa Fe, New Mexico in the late 1800s!

When the Loretto Chapel was completed in Santa Fe in 1878, there was one problem - there was no way to access the choir loft, which was 22 ft. above ground level. When the Sisters of Loretto, who were placed in charge of the chapel, asked for a staircase to be built, they were told that it would be impossible and that a ladder would take up too much room in the small space.

As the legend goes, the nuns decided to pray a novena to St. Joseph, patron saint of carpenters, asking for a solution. On the last day of the novena, a man rode into town on a donkey, and with only a few tools, offered to build a staircase. Realizing that their prayer had been answered, the nuns hired the worker on the spot. However, the worker had one condition - he must be allowed to work in complete privacy.

When the work was completed, the man vanished without payment. When the nuns visited lumber yards to pay for the supplies, they were told the man had not purchased any lumber for the job.

In addition to the mystery of the builder's identity, the construction of the staircase is said by some architects to be "impossible," as it takes two full turns without any type of central support. There is also a question about the wood used in the staircase. Modern analysis has identified it as spruce, but a variety that no one seems to be familiar with.

Additional information about the Miraculous Staircase can be found at the Loretto Chapel website. St. Joseph the Worker, pray for us!

The Missouri House Budget Committee on Thursday approved a plan to cut the state’s income tax rate. In a 98-32 vote, the House... END_OF_DOCUMENT_TOKEN_TO_BE_REPLACED

Absentee voting began this week for Missouri’s general election. You can cast your absentee ballot in person or by mail if you... END_OF_DOCUMENT_TOKEN_TO_BE_REPLACED

Hurricane Ian is expected to make landfall in South Carolina on Friday, after causing catastrophic flooding and damage in Florida. Ian made... END_OF_DOCUMENT_TOKEN_TO_BE_REPLACED