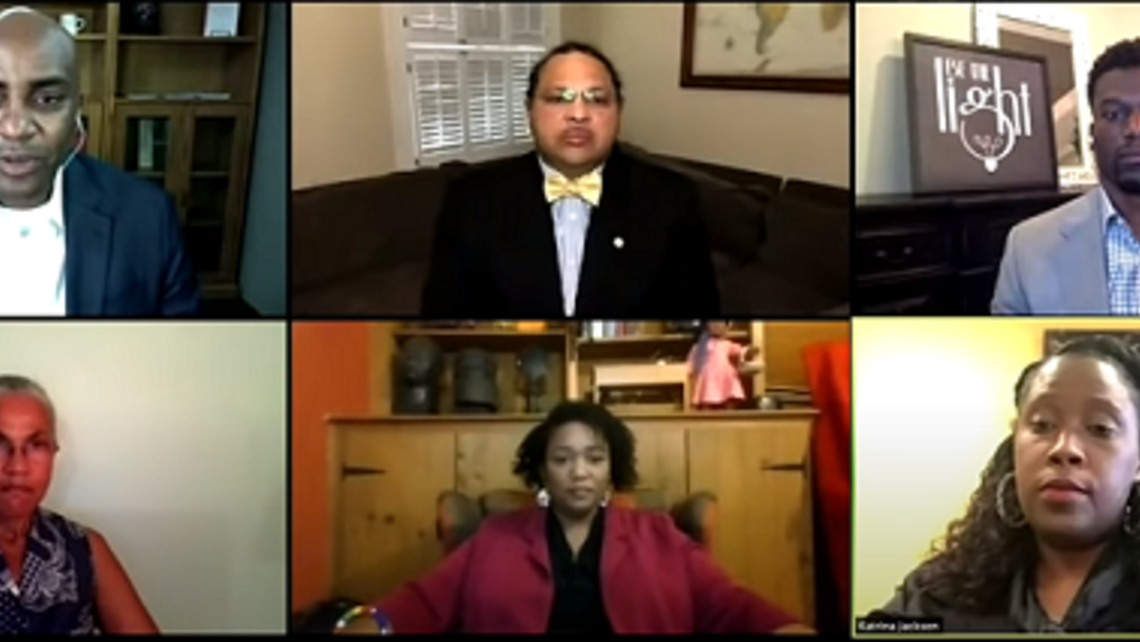 The panel spoke of the need for the pro-life movement to be more consistent and humble on the problem of racism in our culture. Louisiana state senator Katrina Jackson (D), who sponsored legislation regulating abortion clinics that was struck down by the Supreme Court this month, cautioned against legislators who identify themselves as “pro-life” alienating potential supporters by ignoring policies that could help the cause of life. Citing a fight over Medicaid expansion in Louisiana, Sen. Jackson said that she received push-back from fellow African Americans in her party who asked why other pro-life legislators did not support programs that sought to provide a “hand up” to those in need.

Former NFL tight end Benjamin Watson said that in his experience, many African Americans see the term “pro-life” as a partisan term that brings about ideas of Republican versus Democrat or conservative versus liberal. Watson said that we need to take the pro-life movement out of the realm of party politics.

The panelists also pointed out the inconsistency of those who fight racism but ignore the targeting of African Americans in abortion, and vice versa. EWTN host Gloria Purvis pointed out that it is easy to see police brutality as an existential threat to the black community, but that pro-life advocates also need to show how the targeting of blacks by abortion is also an existential threat and not an individual personal choice.

The full panel discussion can be found on the de Nicola Center’s YouTube page and a thorough recap from Catholic News Agency can be found on its website. We highly recommend checking out this challenging, yet important discussion.

In early February, the state of Missouri is set to execute Leonard “Raheem” Taylor for the 2004 murders of Angela Rowe, Alexus... END_OF_DOCUMENT_TOKEN_TO_BE_REPLACED

This Sunday is the start of Catholic Schools Week (CSW) 2023 ! Sponsored by the National Catholic Education Association (NCEA), this week... END_OF_DOCUMENT_TOKEN_TO_BE_REPLACED